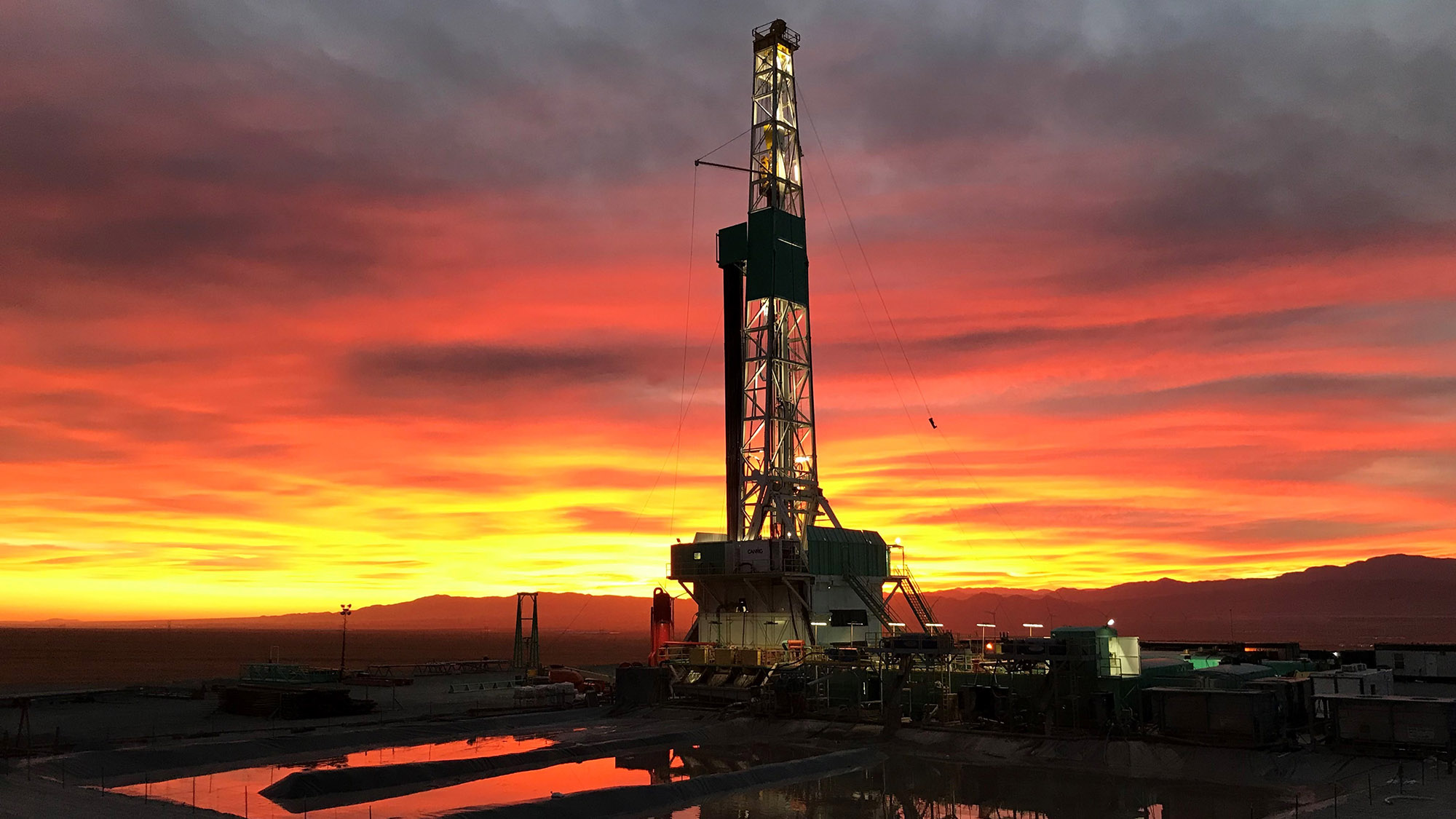 A University of Utah project is making progress toward developing new geothermal technology that could make renewable energy from the Earth’s interior more accessible. This is according to scientists with the UTA FORGE project, a geothermal laboratory northeast of Milford, Utah recently featured in Science. Utah FORGE scientists briefed US President Taylor Randall on the project during the President’s Stage Two Utah through Utah round.

Led by Joseph Moore, a research professor in the Department of Civil and Environmental Engineering, the $218 million project was awarded to the U’s Institute of Energy and Geosciences after a three-year, five-track competition, and is the largest research grant ever awarded by the university.

“This is a unique facility,” said Clay Jones, a geologist at Utah FORGE and the Energy & Geosciences Institute, who provided an overview of the project. “There’s nothing else like it in the world.”

Randall and the U Tour entourage met with Utah FORGE staff and Milford town officials at the Blundell Geothermal Generating Station, a conventional geothermal power plant located 10 miles north of Milford and about a mile east of Milford. east of the Utah FORGE site.

The Utah FORGE site itself doesn’t look like much on the surface. When crews aren’t drilling or working test wells, the site looks like little more than a few seven-inch hydrants erected in a sagebrush-studded valley that also contains a wind farm, solar fields and pig farms.

A mile and a half below the surface, however, the team is exploring a new way to extract heat from hot rocks underground. By drilling wells and opening fractures in the underground granite, the project aims to circulate water through an artificial geothermal system and increase the capacity of this renewable and carbon-free energy source.

The heat under our feet is an enormous and inexhaustible resource. According to Professor Jefferson Tester of Cornell and his colleagues, harnessing just 2% of the heat available at a depth of two to four miles would provide more than 2,000 times the annual energy needs of the United States.

Currently, the only way to access this heat and generate electricity is through conventional geothermal power plants built near natural hot springs, where heated water rises to the surface. These plants draw water from depths greater than about 5,000 feet to harness the heat the water contains. The Blundell Geothermal Generating Station, in operation since 1984, sits on the Roosevelt Hot Springs geothermal system and produces enough electricity to power 38,000 homes.

But hot springs are too rare for geothermal energy to be widely used for electricity generation. Only a few dozen geothermal power plants are in operation in the United States, producing 3.67 gigawatts of electricity, or less than half of one percent of American electricity production.

A man-made geothermal system, however, could create geothermal energy in many other places. The Utah FORGE site sits above a mass of hot, dry granite. The plan is to drill a pair of wells; one to inject water into the reservoir and the second to produce (extract) the water after being heated by the hot rocks. Cold water pumped into the injection well will pass through fractured rock between wells where temperatures exceed 400°F (204°C). The hot water produced can be used to generate electricity or even directly for a variety of other uses including space heating, aquaculture and food processing.

Geologist Clay Jones briefs U and Milford City executives on the progress of the Utah FORGE project.

With a drilled granite core sitting on the table in the presentation room, the group was updated on the current status of the project. Since 2017, a total of six wells have been drilled, the deepest of which reaches a vertical depth of 9,500 feet. In early 2021, the first deep deviated well – the injection well – was drilled to a depth of 8,559 feet and a total length of 10,987 feet. The trajectory of the well is like a twisted and overturned straw. Drilling such a highly deviated well has never been done before by the geothermal industry.

In April 2022, the shaft was “boosted” by opening up fractures in the granite using a rock drill, which fires projectiles into the rock. Focused seismic monitoring in the well shows “microseismic clouds”, which expanded as the fractures opened and water moved away from the well.

Then, in early 2023, the team will drill a second deep, deviated well to serve as a production well. It will intersect the fractures already formed at the base of the injection well. New drilling techniques and newly designed diamond coated drill bits have allowed the team to increase drill rates from 11 feet per hour to approximately 100 feet per hour, cutting drill times by 50% from rates previous ones. This is a significant step forward given that bit changes can take the better part of a day and drilling costs can be half of the total project cost.

Once the second well is completed, the team will begin pumping water throughout the system in a closed loop. They will use non-potable water from an aquifer located under the site and unsuitable for human consumption or agriculture.

Utah FORGE’s funding currently extends through July 2025, but leaves several milestones unfinished. An extension to at least 2030 has been submitted, and Moore recently traveled to Washington, DC to brief the Utah congressional delegation on the project and the need for continued funding.

“Continuing the project is important,” Jones noted. Utah FORGE is the only facility of its kind in the world where tools and technologies exist for the development of improved geothermal systems.

What happens to Utah FORGE after the project is completed is unclear. Private geothermal companies are already interested in Utah FORGE’s work and have begun leasing properties around the site. One of these organizations may step in and continue the work. Otherwise, Utah FORGE is required by the property owner, the State Institutional Trust land administration, to plug and abandon the wells and restore the site to its original condition.

After the presentation, Randall told the story of another Department of Energy experimental laboratory that was developed to explore the production of energy from nuclear fusion. Decades of research and innovation by top scientists to overcome monumental technical hurdles have so far produced limited results, he said. “I guess it’s a better bet than that.”

Learn more about Utah FORGE in the University of Utah Magazine and to the project website.

Edinburgh Festival 2022 coverage by The Scotsman: Everything you need to know

Valuable but hard to get right

How Delayed Care Drives an Uncontrollable Spiral of Chronic Disease