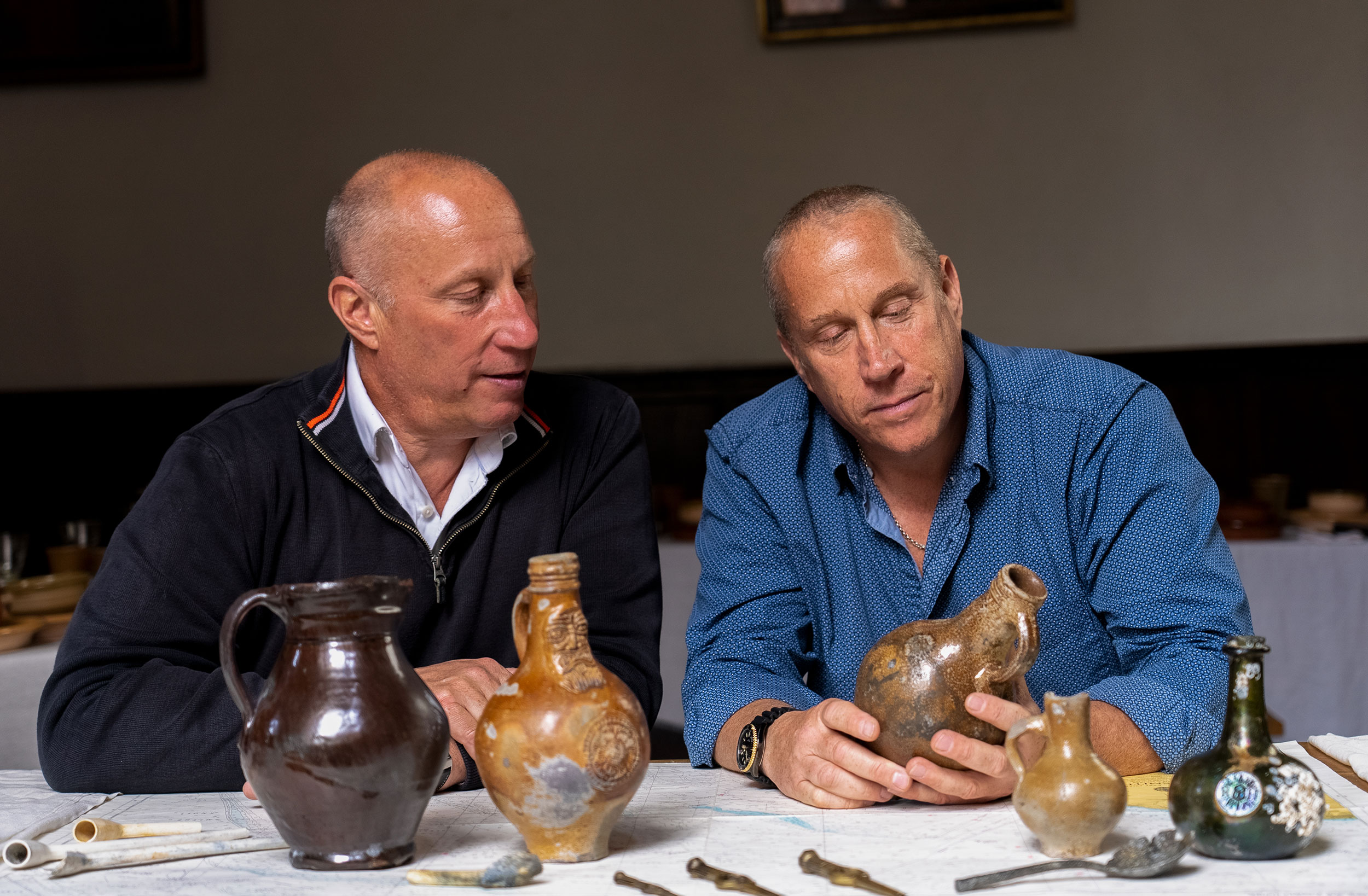 (CNN) – A warship carrying about 330 people – including James Stuart, future king of England – ran aground and sank on May 6, 1682. The location of the sinking was finally revealed off the coast of England. England 340 years later.

When HMS Gloucester sank, it found itself half buried in the seabed. There was no official passenger manifest, but an estimated 130–250 crew and passengers drowned.

Stuart, who would be crowned James II as King of England and King of Ireland and James VII as King of Scotland nearly three years later, was almost one such victim.

At the time of the calamity, the then Duke of York was a Catholic heir to the Protestant throne at a time of political and religious tension. His near miss stands out in British history, as does the significant loss of life.

“Due to the circumstances of her sinking, this can be claimed as the most significant historic maritime discovery since the raising of the Mary Rose in 1982,” said Claire Jowitt, professor of English and history at the University of East Anglia in the UK. , said in a statement.

“The discovery promises to fundamentally change the understanding of 17th century social, maritime and political history.”

Artifacts have already been collected and preserved at the site, such as clothing, footwear, navigational and naval equipment, and numerous bottles of wine, some of which remain unopened.

One of the wine bottles bears a glass seal with the coat of arms of George Washington’s ancestors, the Legge family. And the design of this crest preceded the American stars and stripes.

An exhibition featuring finds from the wreck will open in the spring at the Norwich Castle Museum & Art Gallery. Jowitt is co-curator of the exhibit and author of a new study on the sinking.

The discovery of the wreck has just been announced, but it was originally found in 2007. The delay was caused by the time needed to confirm the identity of the ship and protect the risk site, located in international waters at the off the coast of Norfolk.

In search of a shipwreck

Brothers Julian and Lincoln Barnwell decided to search for the ship after being inspired by watching the rise of the wreck of Mary Rose on television when they were children. The brothers are printers in Norfolk as well as certified divers and honorary fellows at the University of East Anglia’s School of History.

The Barnwell brothers and their late father, Michael, along with friend and fellow diver and former Royal Navy submariner James Little, found the wreckage after four years of searching. The Gloucester was split on the keel, with parts of the hull still submerged in sand.

“This was our fourth season of diving in search of Gloucester,” Lincoln Barnwell said in a statement. “We were starting to believe we weren’t going to find it, we had been diving so much and just found sand. On my way down to the seabed, the first thing I spotted were some big cannons sitting on some rock. white sand, it was impressive and really We were the only people in the world at that time who knew where the wreckage was.

The ship’s bell, made in 1681, was recovered from the wreck. The receiver of the wreck and the MoD used the bell to identify the wreck as Gloucester in 2012.

A shipwreck with multiple consequences

The Gloucester was first launched as a 50-gun warship in 1654, becoming a ship of the Royal Navy in 1660. When it was time for the Duke of York to sail from England to Scotland to conduct of royal affairs and fetching his daughter Anne and his heavily pregnant wife, Mary of Modena, in 1682 the Gloucester received the cession. The Duke of York and his family would reside at the court of Charles II.

“It was politically advantageous for Mary’s baby to be born in England; the royal family hoped the child would be a prince to further secure the Stuart dynasty,” Jowitt wrote in his study.

By 1682, Charles was getting old and had already suffered a stroke. Power was already shifting to the Duke of York in some respects. Along his journey were prominent courtiers from England, Ireland and Scotland.

At 5:30 a.m. on May 6, the ship ran aground 45 kilometers off Great Yarmouth. The Duke, a former Grand Admiral in the Royal Navy, quarreled with the pilot over control of the ship’s course, and they argued over how best to navigate Norfolk’s notoriously treacherous sandbanks.

The ship sank within an hour and the Duke delayed abandoning ship, believing he could be saved, until the last minute. Protocol stated that the others could not be evacuated before royalty, which contributed to the tragedy. By the time the Duke and a boat containing his safe of memoirs and political documents were loaded, only one other boat was able to escape.

High-level nobles, relatives of the Duke and many of the Duke’s household staff were among those who died. Only a fraction of the identity of the victims is currently known, according to Jowitt.

The Gloucester was part of a squadron of ships, so there were many eyewitnesses to the tragedy. The Duke had influenced the dangerous route but accepted no responsibility for the disaster and blamed the pilot, who was imprisoned.

Some saw the sinking as a way to question the Duke’s judgment under pressure and his fitness to rule as a future monarch, Jowitt said. His reign was short-lived, from 1685 to 1688, before he was ousted in the Glorious Revolution and replaced by Protestants – his daughter Mary Stuart and her husband, William of Orange.

A historical research project accompanying the exhibition will explore the failures that led to the sinking as well as conspiracy theories about the causes of the tragedy and the long political shadow it cast.

Marin’s unemployment rate falls to a record low of 1.8%