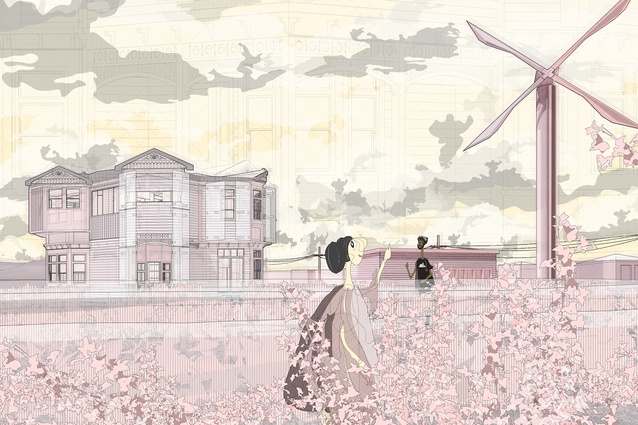 Those who pledge to build can build anything

So, reader, where were we still? Those who commit to building can build anything: a hopeful future for housing. My previous chronicles were like reflecting on a 3D family album: I looked at memories in sepia and revisited them as if they were architectural models. I walked around them, looking at the homes in my communities and the lives that were lived there, and wondered how many lives could have been improved, in some cases saved, through more inclusive design and holistic, more politically future-oriented housing and more housing advocacy? I wondered, often bitterly, why didn’t past generations see this housing crisis coming? Why haven’t they done more?

Inevitably, as we work our way through generational timelines, past the baby boomers down the long hallway that is Gen X, we come to their peer group and have to wonder what we’ve done , and what do we do now? In the feature film ‘The Great Divide’, in North and South, journalist Rebecca Macfie characterizes the crisis as: ‘a disaster, but it is not an accident. It’s been around for three decades, and it’s the product of deliberate choices. Society issues – like housing – are so intertwined that they are both everyone’s choice and, therefore, no one’s choice. Which is the breeding ground for inaction. When I think of my peers and what we thought about when we were in college, and our concerns when we left, and, indeed, now, I can’t help but feel a little responsible of the problem.

Those columns can keep you up at night: architectural writing can make you feel somewhat removed from the action and it can create a feeling of, say, boredom. We are trained to find space first, words come later. How can an opinion piece, written on a desk (perhaps very late at night, perhaps also the night before when it was kindly requested again), participate in the constructed domain in a way which I think corresponds to the urgency and cause? Especially when it comes to housing. This feeling of frustration is all the more for me that I am a tenant. Even writing this sentence, I feel somewhere between resigned and discouraged. At this moment in the history of architecture – and it is, for me, important that the housing crisis be understood as part of the remit of the profession – one cannot write one’s way towards home ownership. And yet, here we are.

There are different types of tenants in a housing crisis and I am one of the lucky ones. I’m the type to be protected by employment and family support, with access to mortgage literacy. My training in architecture has also given me, among other things, a design sensitivity sensitive to the relationship between social status and architectural design. Beyond education itself, it was in the world of architecture that I became familiar with the Bourdieusian idea of ​​taste as a social weapon.1 How class can, and is, communicated through architectural design and, by extension, as a means of positioning oneself in a social hierarchy. A correlation can be drawn between someone and their home and where they might be in the class struggle. Is this true of the profession? That a correlation can be made between her and the houses she inhabits?

In the midst of this crisis, this spectrum has become a kind of ladder with missing rungs. And those missing rungs, I tend to think have something to do with the profession. What is so overwhelming about this disaster is that there is not just one scale, there are hundreds of them, and the choreography to fix them is a vast specialized expertise, which exists in the spaces communities as well as in research and practice, and it requires people to center housing advocacy to seize all opportunities, at all scales. It will also force us to revisit what we think the ladders should look like. We may need to develop new, more inclusive and forward-looking tastes. Since taking up the pen as a columnist, my research interests have become more centered on housing. As a result, I find myself in spaces of policy, practice, and research where people identify opportunities to fix our broken ladders and, quite literally, lift people and communities out of housing insecurity. The pattern is that these opportunities are usually found by those who keep the crisis front and center as a problem that requires everyone’s actions.

I can’t help but wonder if the profession’s inaction in advocating for housing for all, at the expense of housing for the elite, is where we might restore some of the missing rungs. It’s laborious to do this, to center inequality in housing because, often, when you center something, you have to decenter other things and, often, these are things to which we are attached, socially, culturally, politically. and financially. We may hate housing estates next to our leafy suburban home, we may feel challenged by community visions that outweigh our ideas of good design, maybe we feel one government has done better than another – when in fact it is the work of successive parties.

It is the real-time whirlwind in which the industry unfolds and what the housing crisis must be resolved in. Whenever I think of architecture and what it can do for people’s well-being, I am always, without fail, moved. . The thought that what we draw is what people live in, and all the sacred and profane that entails, always leaves me feeling the inner peace that comes with purpose. Finding the words that precede the spaces comforts me when discouragement sets in. As I reflect, I find myself thinking that if what we draw is what we build, then what we think about is what we draw. If we focus on the good things, the good things, the visions of the communities, it will take shape, so it will be built. It’s pretty cool.

Platinum Jubilee: The Royal Mint unveils the largest coin ever made in honor of the Queen