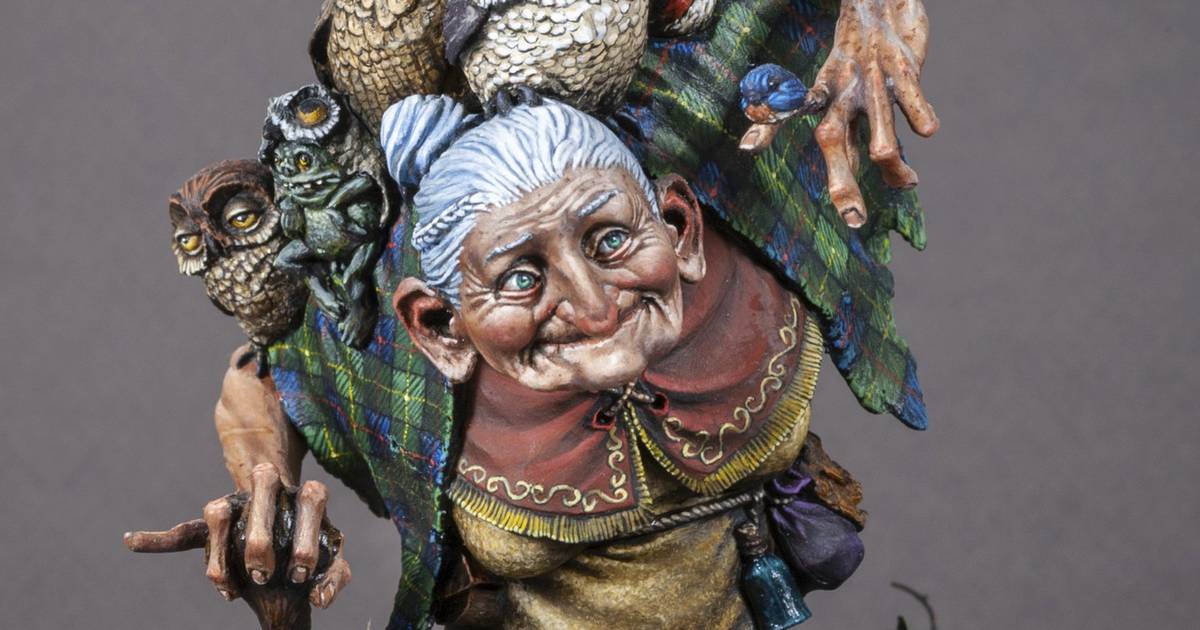 The Military Miniature Society of Illinois is an organization dedicated to the art of painting and sculpting military miniatures and toy soldiers. Every October, the club hosts an exhibition-competition.

The figures are between two and a half and 12 inches tall. Some are sculpted by exhibitors and some are hobbyist-painted kits, he said.

“We try to be as realistic as possible,” Vess said.

A wide range of historical periods, from antiquity to modern times, will be represented in the exhibits; as well as military, sports, sci-fi, fantasy and entertainment material, he said.

The Military Miniature Society of Illinois club started in 1952 and the first show was held in 1975 at the Park Ridge VFW. A few years later he moved to Serbian Hall in Chicago, he said. Initially, it was just club members showing their work.

“Now we get people from Malta, Sweden, Britain, Canada and all over the United States,” he said. “The judges are other modelers, artists and figurative painters from across the country and overseas who are at the highest level.”

There are usually around 120 exhibitors now, he said.

Vess grew up in Colorado, near Fort Carson. He liked to build models, planes, cars and tanks. He discovered miniature military figures while hanging around the local Colorado Springs hobby store in high school in the 1970s. He later served in the United States Army as an armor officer.

Club members aren’t just military enthusiasts; they can also be into history and art. Many have very stressful jobs.

“It’s a very relaxing hobby,” Vess said. “You get to know the story, you help recreate the story a bit according to your own idea of ​​what it should be.”

The hobby has expanded to include more than just military history, he said.

“Some of the guys will really elaborate with big dioramas,” he said. “Some of them do box dioramas where they fit them into a box with electronics. A lot of people just do simple numbers.

He is working with Napoleonic Wars at the moment. Twenty years ago, he was fond of medieval knights. The kits are made of plastic, metal or resin. They are painted with acrylic paints, hobby paints or artist oils.

The first time he went to a show was a revelation, he said.

By day, he is a security consultant. Prior to that, he worked for United Airlines as a security specialist.

“That’s one of the reasons why the hobby is enjoyable – go home and relax, paint a little,” he said.

Anyone who wishes can join the club. There are no dues and no experience necessary, he said.

Bob Sarnowski of Schererville, Indiana said he had been with the club since 1982. He belonged to an International Plastic Modelers Society and lived in Chicago. He was in a hobby shop in South Holland when he heard about the club and their upcoming show.

“I went to the show and it was there that I first saw individual figures mounted on a wooden base with a plaque and a name. I had never seen anything like it before,” he said. “From there, I was hooked. Usually the figures were an accessory to a model airplane or a model tank, but they were self-contained.

The hobby spoke to his interests, he said.

He enjoys painting World War II and, like Vess, the French Napoleonic, he said.

“I’m a WWII history buff. And Napoleonic because of the uniforms, the colors and the details,” he said.

Although he mainly paints on commission for collectors, he will always present four or five pieces in the exhibition, he said.

“It can be stressful at times, but you’re always satisfied when you’re done,” he said.

Tickets: $10; free for children 12 and under and active military with ID

Annie Alleman is a freelance journalist for the Courier-News.