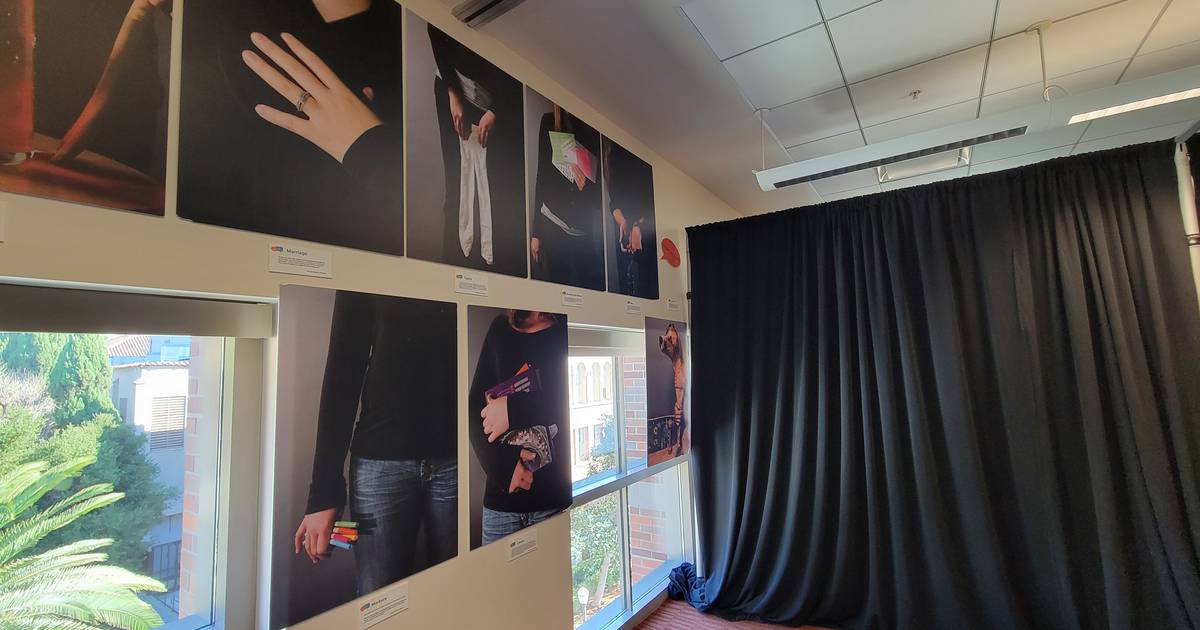 This story contains information about sexual assault and domestic violence.

As visitors walk through the makeshift rooms blocked off by black curtains in the Breaking Silence exhibit, they can’t help but be engrossed in the raw, emotional voices of victims and perpetrators of sexual assault.

For the creator of this exhibition, it is an uncomfortable, but necessary conversation.

Created by Breaking Silence, a media organization that hosts spaces for open dialogue about interpersonal violence, USC Hillel’s Bradley Sonnenberg Wellness Initiative, and A Path 2 Courage, another organization that aims to help survivors of sexual assaults, this exhibition is held at the Ronald Tutor Center (TCC) campus from October 27 to 31.

Sophie Pollack, founder of Path 2 Courage, is a sociology major at USC. As a survivor of sexual assault and domestic violence, Pollack wanted to take her own experience and make it more personal for others, she said.

“The main goal [with the exhibit] is to educate the wider community about sexual assault awareness,” Pollack said.

The exhibition consists of a total of nine halls, as well as a space for reflection. Participants are provided with a set of headphones and an iPod that plays audio recordings of first-hand accounts from survivors and, most importantly, abusers. Visitors are also offered “healing stones” to wear and squeeze for comfort as they walk through the exhibit.

Each piece is decorated to match the setting of the story being told, following the narrator’s story sequence. The clutter of each room helps set the scene for visitors to immerse themselves in the assault experience from start to finish.

In the first three rooms, participants hear the story of a survivor of domestic violence. There are scattered books and children’s toys in the first room imitating a living room. The next room features a nicely laid out dining table with a black knife placed in the center. The last room has six chairs arranged in a circle.

The second set of exhibits illustrates the rapist’s point of view. The exhibition begins with a trunk filled with clothes and empty beer cans. The other room looks like a prison, and the last is a table with handwritten thank you letters.

The last three rooms represent the story of a rape survivor. It features a messy bedroom, a dining room, and ends with a wall of comments from victims about their triggers and healing.

Alli Meyerhardt, the founder of Breaking Silence, said:[w]We just want to create a more empathetic and aware student population [and] faculty administration. If a person is willing to leave that exhibit and continue the conversation… that feels like a huge win.

Enid Elizalde, a junior Health and Human Sciences and Spanish student, visited the exhibit and said: “[a]is opposed to [hearing] of someone reporting what’s going on, you’re actually listening [the victim’s stories]. It elicits more feelings and a need to act.

Alexis Gosling, a senior communication student said: “[the exhibit] gives firsthand experience of sexual assault and violence, which is rarely heard in the numbers and statistics that colleges release.

Meyerhardt started this project when she was first hired to help mitigate sexual assault on the Colorado State University campus. To leave more impact on the students, she wanted to create something more immersive. She was a history major and always loved how exhibits have the power to draw individuals into the stories and experiences of others. This inspired her to create her own immersive environment so that the survivors themselves don’t have the burden of educating the people in their lives.

The Breaking Silence exhibit is at the TCC in the Franklin Suites (Room #350) and admission is free.

How Gender Identity Textbooks Are Placed and Removed in Elementary Schools