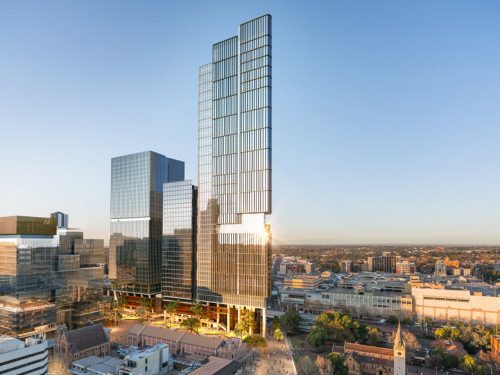 I thank the committee for giving me the opportunity to make an opening statement.

With me today is the CBA’s Chief Financial Officer, Mel Kleyn, as well as other senior officers and advisers. They are ready to answer your detailed questions on cost and design issues.

Before answering your questions, however, I would like to briefly explain why this project is important to the CBA.

The ABC connects to Australians via digital signals through electromagnetic waves. Invisible threads are woven across our continent. Bringing us together through news, information, music and stories.

But the ABC’s direct physical presence on the ground is also important to our work in Australia.

For many Australians, the ABC logo in their city is a welcome sign that their community is connected to the nation.

The ABC operates from 58 regional locations across Australia.

The ABC needs to stay close to the source of our stories so we can discover and share them more effectively. We need to tap into these communities for our workforce.

It is imperative that the ABC keep pace with demographic and cultural change.

Increasingly, we also need to be nearby for major weather events and local emergencies.

As Australia evolves, so must the ABC.

That’s why, in our five-year plan, ABC committed to having more than 75% of content creators working outside of ABC Ultimo headquarters by 2025.

We are progressing well.

Over the past year, we have significantly expanded our rural and regional coverage with the recruitment of 60 new journalists, bringing the number of staff outside the capitals to more than 600.

This was funded by commercial agreements with Google and Facebook following the Media Negotiations Code legislation of March 2021.

This major investment means more stories, better coverage and specialist reporting on issues that matter to people living in the regions, and better delivery of stories about rural, regional and remote Australia to city dwellers. As well as increased emergency broadcast capacity.

Today we are here to talk about strengthening the ABC’s presence and effectiveness in Sydney’s Greater West. With 2.6 million people, Sydney’s Greater West is Australia’s fastest growing region. The ABC has of course always had a presence in Western Sydney, but the region’s growth and growing importance means there is a compelling case to make this even bigger.

The decision to establish a new office in Parramatta and relocate up to 300 ABC employees from Ultimo to Parramatta was therefore an obvious step for us.

We are now seeking parliamentary approval to commence development of our new office building in Parramatta.

This project will require no additional taxpayer funding. We will fund it by selling our property in Artarmon on Sydney’s North Shore and renting space in our Ultimo head office.

ABC Parramatta will include a state-of-the-art studio, from where we will broadcast the 7pm NSW news and at least one block of news channel programming.

Teams will have access to a variety of spaces for live and pre-recorded video and audio, including seven audio and six video production suites.

In addition, spaces dedicated to operations and graphic design professionals.

It will be an office that is a model of its kind and a model for the future of the ABC; a technology-driven facility that promotes speed and excellence in information gathering and storytelling.

It is an ideal hub close to many transport options for staff and visitors.

A state-of-the-art building for the present and for the future.

With the approval of Parliament, work on the Parramatta fitting-out will begin in early 2023, with the new office fully operational by 2024.

We are very confident that this investment will pay off in a better and stronger ABC for Australian audiences and the nation.

The Parramatta office will be a central part of our Greater Western Sydney strategy, and we are currently looking at options for an additional small office in Penrith or Liverpool.

Of course, we will maintain a substantial presence at Ultimo to accommodate approximately 1,700 existing employees and extensive production facilities.

But we will have to renovate the building for its mixed use.

Subject to Parliament’s approval, we will begin updating our Ultimo workplace from early 2023, with spaces gradually available for subletting.

Our goal is to have this part of the project fully completed by 2025.

Our five-year plan aims to reflect the great diversity of our country in everything we do, in all the stories we tell and in the makeup of our workforce. Ultimately, we aim to look and feel like contemporary Australia so that we can reflect our nation as itself.

Our focus on Sydney’s Greater West, Australia’s fastest growing region, is a central part of this larger program.

I recommend this project to you and, of course, we welcome your questions.

We recognize Aboriginal and Torres Strait Islander peoples as the original Australians and traditional custodians of the lands where we live, learn and work.