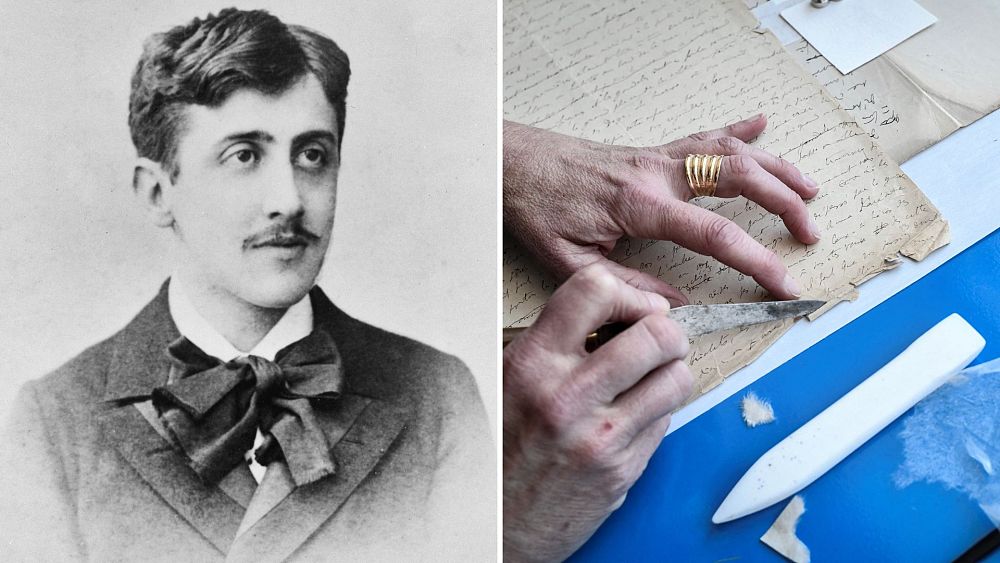 No Time to Lose: This Invisible Proust Manuscript Is Painstakingly Restored

The earliest known manuscript of In Search of Lost Time, the monumental 20th-century novel by Marcel Proust, is being restored by curators at the National Library of France.

Proust, considered one of the most influential French authors of all time, published the novel in 1913.

The extremely complex work written in seven parts, depicts the narrator’s journey of self-discovery from childhood to adulthood, and offers a meditation on the nature of art, love, memory and time.

In 2020, the National Library of France obtained the manuscript unpublished to the public, which had previously belonged to a publisher named Bernard de Fallois.

“Bernard de Fallois was a publisher who had come into possession of this manuscript in the 1950s, at that time, and who had kept it for himself for all these decades, without publishing it”, explains Guillaume Fau, responsible for contemporary manuscripts at the National Library of France.

The first edition copy was sent to the publisher by Marcel Proust’s niece, Suzy Mante-Proust, who had trusted the young Bernard to sort through the mountains of paper left by his uncle.

“He [Bernard de Fallois] had alluded to it in a few texts, a few lines, which made it possible to know of the existence of this manuscript, but which had remained unknown and unpublished by all the Proustians and all the researchers”, adds Fau.

Restoration of the manuscript

The once hidden treasure is now entrusted to Frédérique Pelletier, a specialist restorer, who is working to restore the 75 pages in a workshop in the heart of Paris.

“We are going to do minimalist restorations, to block the problems of tears and gaps”, she specifies. They plan to do this by gluing pieces of ultra-light (2 gsm) Japanese paper.

The restoration process is laborious. Pelletier explains that it can take up to seven hours to restore a badly damaged page.

The National Library of France, also known as the François-Mitterrand Library, plans to display the fully restored manuscript in the fall.

The occasion will mark the 100th anniversary of the death of Marcel Proust.